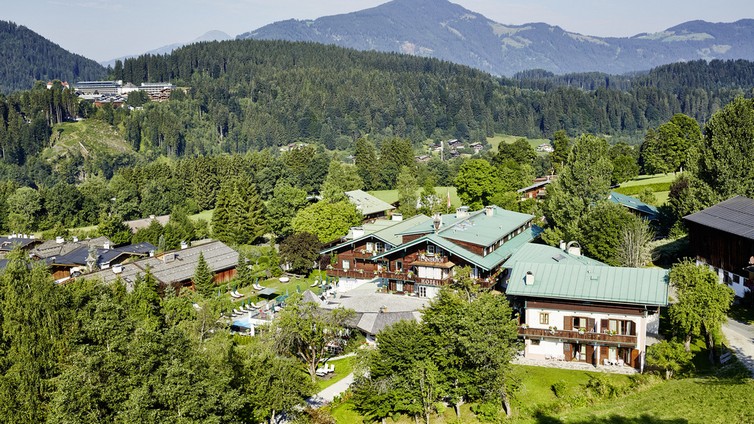 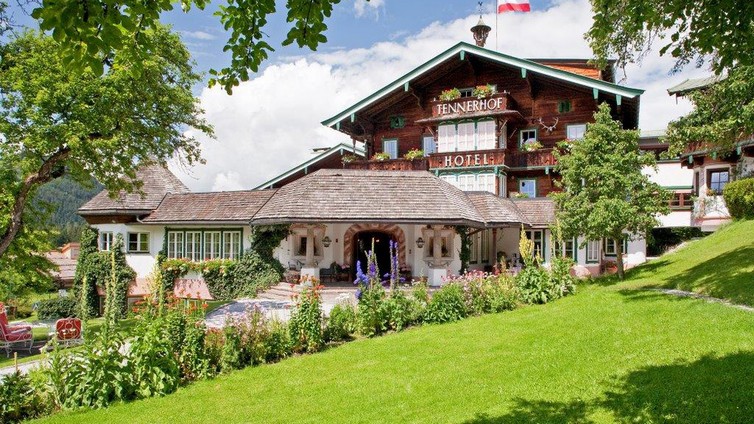 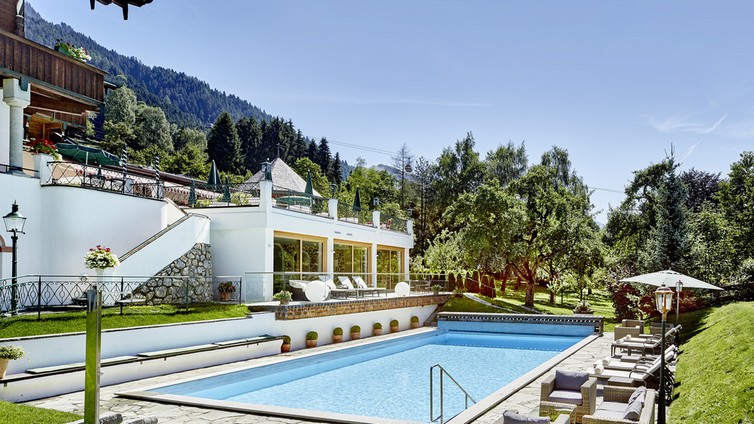 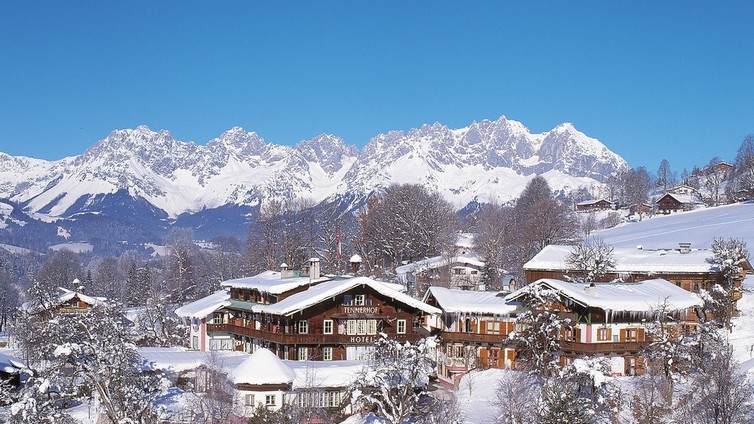 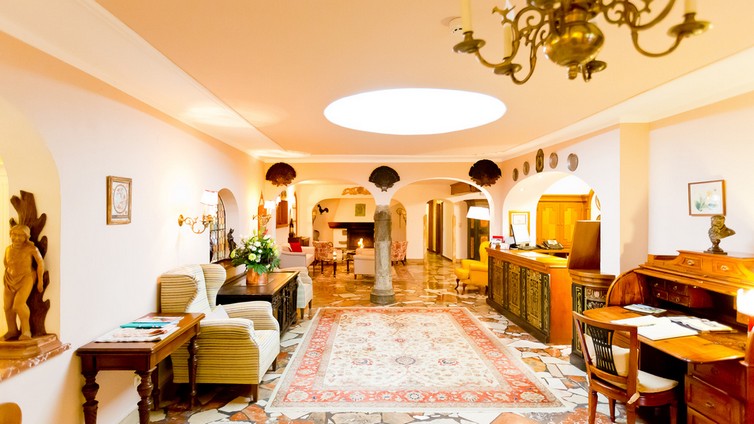 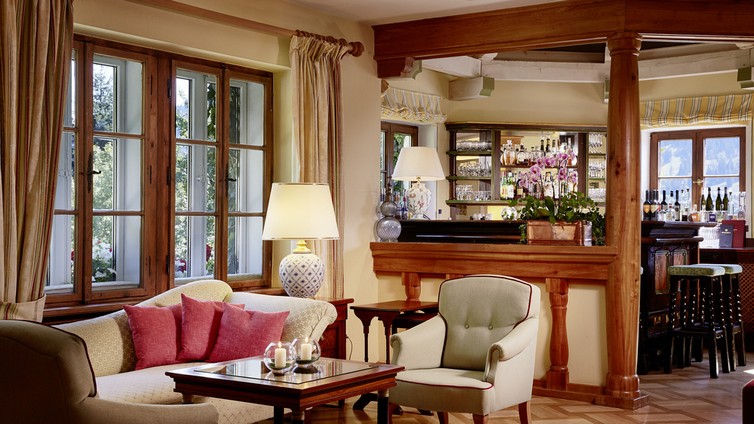 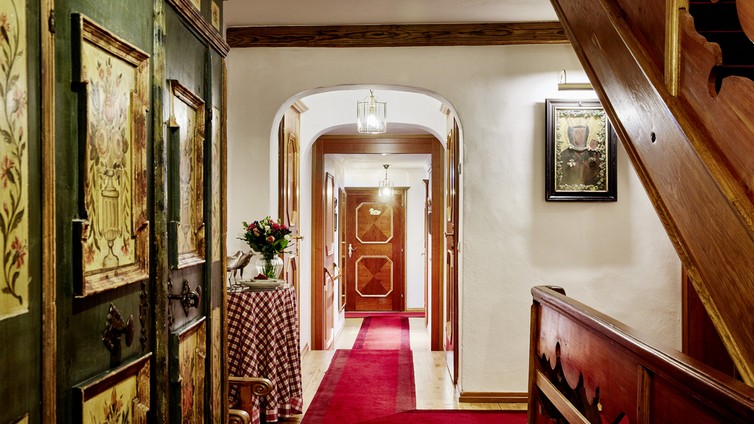 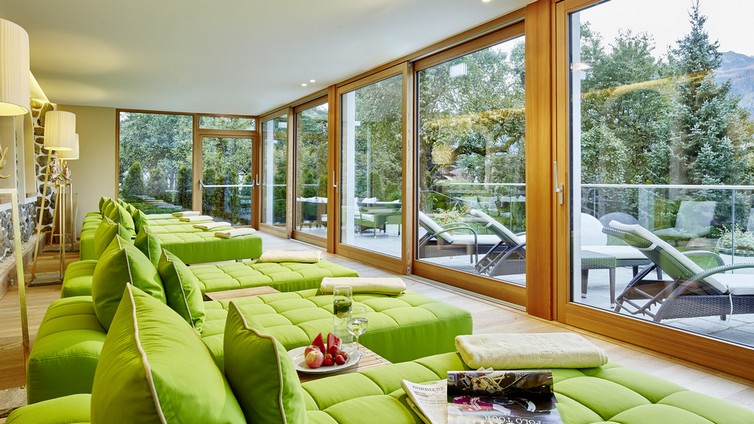 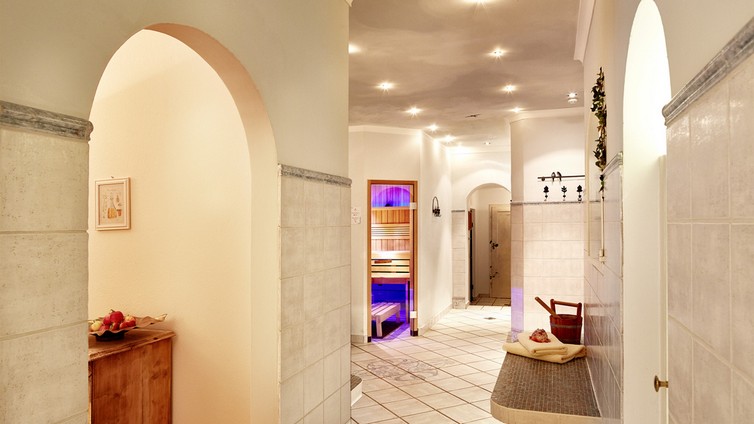 Your 5-Star Luxury Hotel in Kitzbühel

At the Tennerhof Gourmet & Spa de Charme Hotel we place a great value on privacy. Our guests find in all areas of our Kitzbühel hotel decent and warm service by our employees. As a member of the hotel association Relais & Chateaux since 2007, the Tennerhof is one of the most exclusive hotels of the world. Our Spa de Charme is a proud member of Leading Spa Resorts. Several hotels in Kitzbühel are located beautiful in the picturesque alp village, but the Tennerhof Hotel Kitzbühel stands apart from the other hotels through its special flair: We offer our guests 39 rooms with individual and timelessly beautiful interior – each and every room is individually furnished, and also 3 luxury chalets. Because of this, they create a stylish and pleasant atmosphere. All rooms and suites can be adapted to your personal needs. All furniture and antiques of the Kitzbühel hotel are from the family. The luxury manor developed through the centuries character, charm and cosiness which it has still today.

The individual & most charming 5-Star Luxury Hotel in Kitzbühel

Our charming luxury hotel is the smallest and most romantic 5 star hotel in Kitzbühel. The Hotel is located on a hillside among a huge garden and is in private ownership of Family von Pasquali. The view to the world-famous village Kitzbühel and the panoramic view to the surrounding mountains is a breathtaking Beauty.

39 exclusive rooms & suites, furnished with antiques from the family, ensure a pleasant atmosphere. Since December 2017 you can enjoy our three brandnew Tennerhof Luxury Chalets.

3 restaurants invite you to a culinary discovery trip.

In our Spa de Charme, member of Leading Spa Resorts, with outdoor & indoor swimming pool, saunas, steam bath and as well as two modern relaxation rooms, you will gain new strength for your everyday life.

In the winter the Kitzbühel Region around the Tennerhof is a true paradise for everybody who loves skiing, cross-country skiing, snowshoe hiking and tobogganing or just enjoying the winter. Experience the very Special Winter Moment at the Kitzbühel Alps including the famous Hahnenkamm and the infamous "Streif"!

In the summer, you have the possibility, from to start hiking and mountain bike tours directly from the Kitzbühel Hotel Tennerhof or just play at the several golf courts in Kitzbühel. The Tennerhof provides the ideal requirements to open yourself to the unique atmosphere of the Tyrolean Alps and the famous sports city at the most comfortable Hotel in Kitzbühel.

From a weather farm to a 5-star hotel

Tennerhof, an attractive farm, was first mentioned in a document dating back to 1416. The owner at that time was named Item die Schwaig Gresnaw.

Since that time the address of the Tennerhof has not changed and still is “Griesenauweg”. That 5 - stars country hotel counted as a "sizable farm". Because of its special location the “Tennerhof farmer" back then had the task of keeping an eye on the weather and forecasting its development. If a thunderstorm was approaching, he raised a white sheet. In the course of the centuries, several different owners have been cited in the chronicle. Interestingly the owner families of the farm changed very often. In the year 1778, the yard is named "das Gut beim Tenner" and found so its final name.

Since 1929 the property is owned by the family Pasquali von Campostellato.

The grandmother of the present owner acquired the property which at that time also had an own agriculture. At this point 20 years ago the country estate Römerhof was built. In 1957, the next generation, Eve and Leopold of Pasquali, received the business and converted the original very simple 3-star house into an elegant 4-star business. In 1989 Luigi von Pasquali, the present owners, joined the business and in 1991 he became managing shareholder. In 2000, the Tennerhof got elected as a 5-star hotel.

Get to know the traditional hotel above the roofs of Kitzbühel. We are looking forward to meeting you soon in Kitzbühel!

Take exit Kufstein Sued or Innsbruck A12, take exit Woergl Ost and follow the signs for Kitzbuehel. Once in Kitzbuehel, turn left in the direction of Hospital / Kitzbueheler Hornbahn. The Tennerhof Hotel is 300 metres on the left hand side.