Member of Leading Hotels of the World 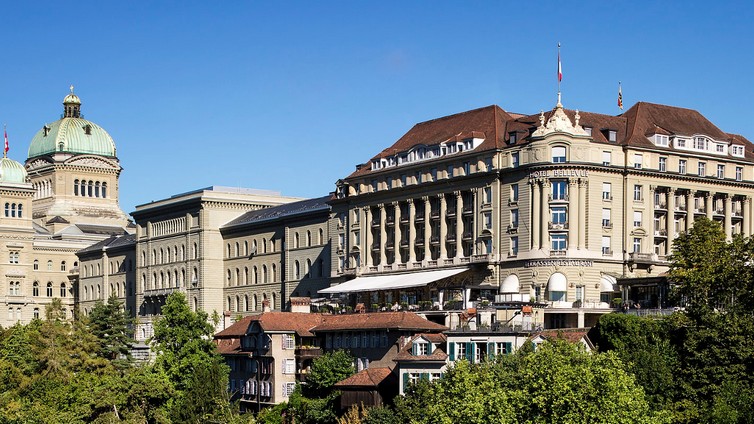 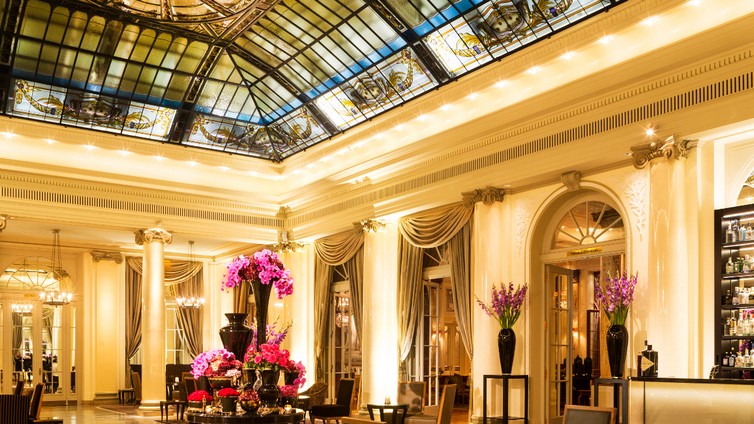 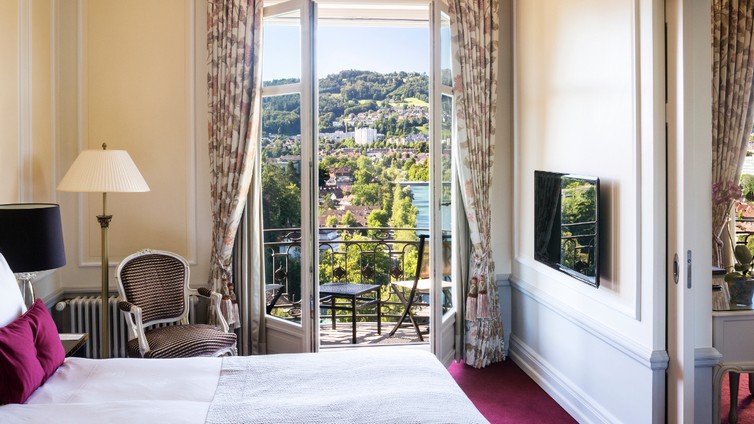 The official guesthouse of the Swiss government has been a place of living history for 150 years. In fact, the BELLEVUE PALACE is the only grand hotel in the heart of the capital. Its magnificent lounges, superb views of the Bernese Alps – always a ‘belle vue’ – and heartfelt hospitality make the luxury hotel unique. The hotel has always been, and remains, a venue for politicians and diplomats and a popular meeting place for the whole of Bern. Enjoy la BELLE VIE at BELLEVUE PALACE.

The BELLEVUE PALACE has 128 rooms, 24 of which are suites. These hideaways for individuals are classically elegant yet fitted with every modern amenity. At this luxury five-star hotel, the stage is set for a grand appearance. The restaurant «VUE» is the number one destination for gourmets in Bern, while journalists, politicians, guests of the state and couples too can enjoy cocktails and culinary delights at the «BELLEVUE Bar» and «Le LOBBY».

For those who appreciate the more discreet approach, the BELLEVUE PALACE also has 12 function rooms for special events and banquets. Meanwhile the exclusive BELLEViE GYM and Spa on the 5th floor enables guests to top up their fitness levels or relax in a Finnish sauna.

The BELLEVUE PALACE opened as the Hotel Bellevue in 1865. After a full conversion, it reopened in 1913 before experiencing its first heyday during the 1920s. The Swiss National Bank acquired the BELLEVUE PALACE in 1976, handing over the property to the Swiss Confederation in 1994.

The only grand hotel in Bern with a long-standing tradition is therefore owned by the state; as the official hotel for guests of the state, and the hotel of choice for numerous celebrities, politicians and diplomats, it possesses a unique flair.

How to reach us

Travelling by car and coming from Basel/Zurich, head for Interlaken/Thun and take the Bern Ostring exit. Follow signs for Zentrum, then Casino and turn into Jungfraustrasse. Cross the Kirchenfeldbrücke bridge towards Casinoplatz. Turn into Amthausgasse. Go around Bundesplatz into Kochergasse. You will come directly to the BELLEVUE PALACE hotel. The Hotel offers recharging points for electric vehicles.

If you come by train, after arriving at Bern station, take a 5-minute walk or tram line 6, 7, 8 or 9 to Zytglogge. Alternatively, take a taxi straight to the hotel.